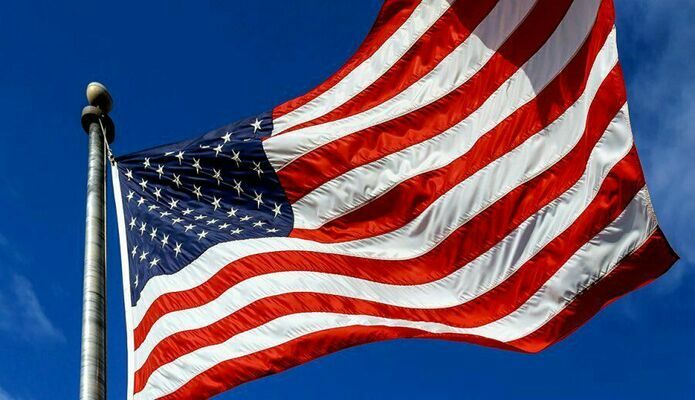 The iconic flagpole on Doolin Avenue will stand strong again soon if Sherry Landers and the Blackwell Veterans of Foreign Wars Post No. 2855 Women’s Auxiliary keep knocking their fundraisers out of the park. On Friday, Landers and the VFW Women’s Auxiliary – along with Blackwell Fire Department – hosted an Indian taco fundraiser to raise money that will be used to repair the flagpole.

“We sold out,” Landers said. “We were supposed to go until 7 p.m., and we had to wrap up at 5.” The group used more than 40 lbs. of hamburger meat to make the cultural dishes, which were served in the Top of Oklahoma Historical Society Museum’s club room. “Bob’s Grill donated the lettuce and cheese, and we had several members of the community come out to support us,” Landers said.

“I’m putting together a ‘thank you’ right now. It was so wonderful to see Blackwell coming together to support something like the Doolin flagpole, which means so much to a lot of people. We raised over $3,000 Friday. We’ve got another fundraiser planned for Flag Day this June, I believe. Chicken and noodles.”

During the 2020 Homecoming celebration, the Blackwell Fire Department hoisted the city’s large American flag back up the flagpole after a sixn month hiatus.

Fire Chief Cory Hanebrink was quick to note that it was a temporary fix because of the condition of the flagpole. The cost to repair the flagpole, which is owned by Blackwell’s Veterans of Foreign Wars Auxiliary No. 2855, is approximately $9,000. Landers said she is eager to see it fixed.

“We can’t thank the fire department enough for their help so far, and I’ve had countless people reaching out to me after seeing this story in the newspaper and on Facebook,” Landers said in a previous interview with The Journal-Tribune. “The exposure really has helped.”

Fireworks in Blackwell: What you need to know