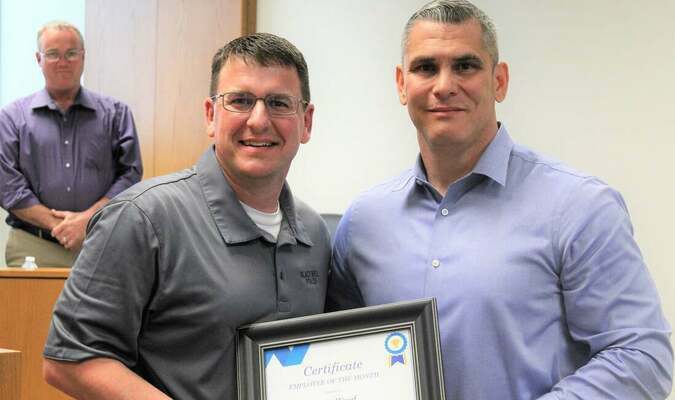 The Blackwell City Council had a long day Friday, staying in the City Hall meeting room from noon until roughly 9:30 p.m. to go over the city’s 2022 budget in an extended workshop and to conduct a regular meeting of the City Council.

Along with the city’s chief financial officer, Frank Crawford, officials talked about what they’re expecting financially in 2022 and beyond.

Blackwell Chief of Police Dewayne Wood spoke with the Council about potentially adding new police vehicles to the city’s fleet. New vehicles would phase out the Chevy Impala cars that have been in service for more than a decade.

Blackwell’s Streets and Parks Department, led by Chuck Anderson, is also seeking new equipment for its continued work heading into the summer. Anderson said new equipment will help his department be better prepared for hazardous events, such as ice storms.

The Council appointed Councilman Jon Webb as vice mayor and approved an aid agreement with the Tonkawa Fire Department.