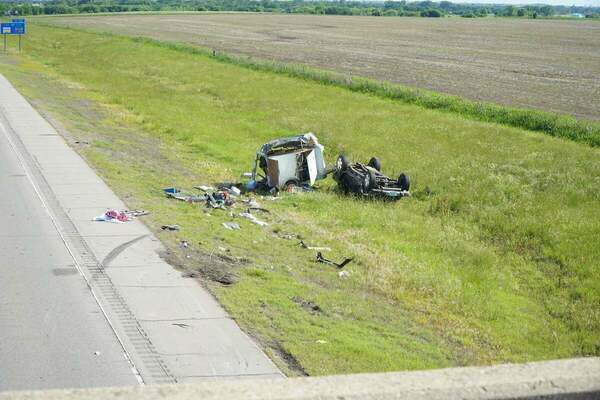 A fatality accident on Interstate 35 last Friday (June 4), claimed the life of a 14-year old juvenile from Stanley, North Dakota.

The Oklahoma Highway Patrol does not release juvenile identities. The collision happened near mile marker 232 two miles north of Braman at approximately 2:35 p.m. According to the Oklahoma Highway Patrol report, Martin Vardanyan,46, of Glendale, California was driving a 2005 Volvo semi southbound in the outside lane when he made contact with a 2010 Jeep Wrangler being driven by Juan Jose Garcia-Castillo, 45, of Stanley, N.D.

The juvenile was pronounced at the scene due to the multiple injuries sustained in the collision. The accident is still under investigation as to the condition of both drivers and the cause of the collision. Seatbelts were in use by Vardanyan, but the three Jeep occupants did not have their seat belts in use at the time of the accident.

The airbag in the jeep did not deploy. The OHP is handling the accident investigation and was assisted by the Kay County Sheriff’s Office and Braman Fire Department at the accident scene.