Stinky Steve: Local rap artist has his eyes set on the world 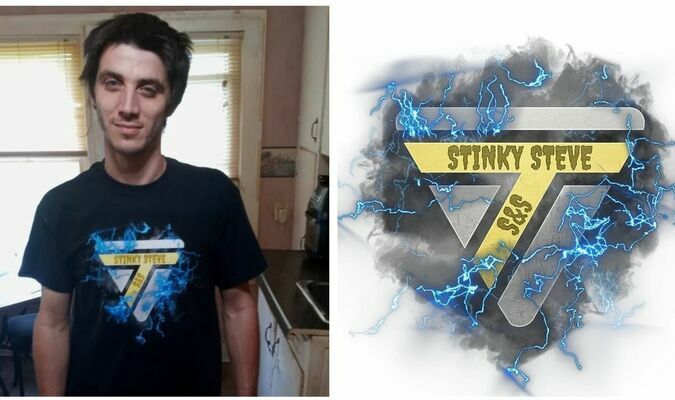 If you haven’t heard of “Stinky Steve Music” by now, Steven Holland is sure that you will.

A Blackwell local, Holland has his eye on the music industry, clothing and the world.

“I started recording music when I was in middle school,” Holland said. “From there, I just kept at it. I eventually got to where I represented myself on my own label, Stinky Steve Music.

“I got into merchandising soon after and started having T-shirts made. They sold them at Diane’s Sport Spot on Main Street, and that was really awesome to see my name on something in a store.”

Diane’s Sport Spot was a locally owned and operated store on Main Street in the 2000s that sold sports merchandise and equipment for local teams. The store also specialized in high school letter jackets.

Holland, encouraged by his friends and family, said he devotes time to writing and recording as part of his daily routine.

“I really began to feel the rhythm and get in touch with the beat,” Holland said. “All my music is very personal. I feel like that’s why it connects with my fans.”

To date, Steve’s videos have pulled about 7,600 views across his three channels, with six tracks listed on music hosting site SoundCloud.

It tells the story of Holland defying his haters to “get the bag” as he completes his nightly rituals of “trapping.”

“I put a lot of thought into my lyrics,” Holland said. “My songs are parts of my day – my daily life. They’re what I’m going through, and what I think other people might be going through as well. The lyrics mean a lot to me. They’re about what I come from and where I’m going.”

He goes through it all on a daily basis, Holland said, which is why he finds the best inspiration at nighttime.

Holland said he finds inspiration in artists like Moneybagg Yo, Kodak Black as well as Gucci Mane and his 1017 label, among others. Two of Holland’s role models include Academy Award-winning artist Juicy J, who had the 2006 Best Original Song “It’s Hard Out Here for a Pimp,” and Grammy-nominee Offset.

Holland said there isn’t one particular song that meant a lot to him. That’s because they all did.

“I’d say all of my songs mean a lot to me, and I see the response they get,” he said. “I’m global now. I see the YouTube views. Sixteen percent of my views last month came from outside the United States.”

Holland dropped his new branding over the summer, an electric design, which he showed off on a T-shirt via his social media page.

“After I left Blackwell at 18, I was in Tulsa, and I worked in a lot of clothing stores,” he said. “I developed an eye for the industry, and I hope to carry that forward as well.”

Holland is man of the community, he says. When he leaves his house, he is seen by his fans: family, friends and complete strangers.

“It’s crazy being recognized for my music,” he said. “I really hope that I can inspire others, of course. I hope people can see my success and my drive and try to follow that.”

But “Stinky Steve” might not just be a name for music and fashion. It might be on the ballot as well.

“Ten years from now maybe, I want to run for mayor for the City of Blackwell,” he said. “I want to help my community and be a force of change.”

Only time will tell if Holland’s fans will have his name on their playlists, shirts and yard signs.

Holland can be found on YouTube at Stinky Steve Music Entertainment KG, and on Facebook at “StinkySteve Music / Merchandise.”