Blackwell restaurants face shortages of cups, supplies, and employees: Why? 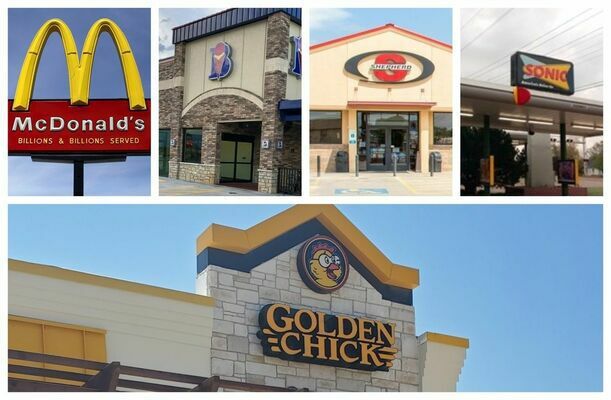 While movie theaters, indoor events, and restaurants have started to come back from the depths of the coronavirus pandemic, a new victim is emerging: cups.

Blackwell’s Braum’s, an Oklahoma-based restaurant that famously rose from the ashes in 2020 after a devastating fire the year prior, isn’t offering large drink sizes.

According to Braum’s spokesperson Amanda Beuchaw, all of this is thanks to a staggering national shortage of cups and resources that was caused by the pandemic. Beuchaw told The Norman Transcript on Sunday that Braum’s obtains its cups from outside suppliers.

The chain has more than 300 stores, and meeting the demand for cups is difficult. This comes after the restaurant chain had to publicly address a milk shortage caused by brutal summer temperatures, which impacted the company’s milk production. With businesses attempting to bounce back, a headline-grabbing blockage of the Suez Canal over the summer, heavy winter storms in Texas damaging chemical production facilities, and schools reopening, a perfect – and thirsty – storm has been created, restauranteurs say.

Many venues are starting to feel the effects of it. Blackwell’s Golden Chick, which opened in August, is facing the same kinds of problems.

Owner Katee Nemer said the aftershocks of the pandemic have affected virtually ev- erything. “We’re having distribu- tion shortages with several different items,” Nemer said. “It’s hit every franchise as far as I can see. We have all of our cup sizes, but they’re not the Golden Chick-branded cups. Another thing we’re having difficulty with is long enough straws. It sounds ridiculous, but it can be annoying for the customer when they have a large drink and their straw is too small.”

Nemer said Golden Chick has also had issues getting certain food items and even certain sizes of employee shirts.

“I would say the biggest issue right now facing restaurants and franchises is the shortage of employees,” Nemer said. “Here in Blackwell, we’ve recently overhauled our management and are bringing in new management as well. We’re always looking for a new crew member with a great attitude.”

Shepherd Oil officials said they have a good supply of cups, but obtaining various store and food items is a “week-to-week issue.” The company is working closely with its suppliers to stay ahead of any possible inventory issues.

Officials with McDonald’s, a national chain with a Blackwell location, told Business Insider that they were keeping an eye on shortages of straws and to-go bags, but that customers likely would not notice the disruption.

Sonic Drive-In officials notified customers via their app over the summer that some meat-based menu items might not be available because of similar supply constraints. The chain isn’t out of any sizes of cups.