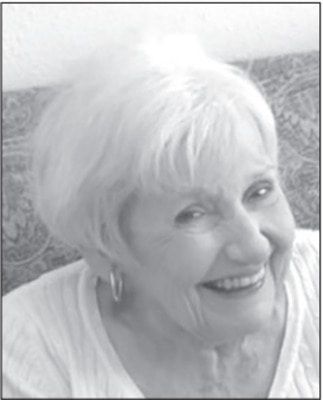 Billie McGee of Blackwell, Oklahoma, passed away the morning of September 16, 2021 at her home at the age of 92 years. Billie Joyce Lynn was born on June 30, 1929 in Wichita, Kansas the daughter of William Brooks Lynn and Georgia Oleta “Mae” Barber. She was raised in Blackwell and attended Blackwell schools graduating Blackwell High School with the class of 1947, and later attended NOC and OSU.

She married Robert Dean “Bob” McGee on August 20, 1950 in Blackwell. Following Bob’s college graduation, they settled in Odessa, Texas where he worked as a chemist for Phillips Petroleum. In 1961 they returned to Blackwell and entered the family business McGee Jewelers operating the store until 1977 when they moved the business to Ponca City, Oklahoma operating it until retiring in 1990 and turning it over to son Matt. Bob preceded her in death on March 31,1997. She was also preceded in death by her parents; and her step-father, John Stauffacher.

She is survived by children, Matthew McGee of Ponca City, Oklahoma, Cindy McGee of Blackwell, Oklahoma and Robbi Ann Ellison and husband Dr. Richard Ellison of Ridgeland, Mississippi; a brother, Kenneth Brooks Lynn of Pompano Beach Florida; grandchildren, Justin Matthew McGee of Ponca City, Lauren Elizabeth Ellison of Washington, D.C., and Richard Beirne Ellison III “Trey” of Oxford, Mississippi. Billie will be remembered for her gentle and selfless spirit. She was incredibly easy to get along with, and never spoke ill of anyone. She had a great sense of humor and loved others unconditionally.

She loved her family fiercely, was proud of her community, and found joy in working hard at the jewelry store for over 60 years. Graveside services will be held at 10:00 a.m. on Tuesday, September 21, 2021 at Blackwell Cemetery. Memorial contributions can be made to Hospice of North Central Oklahoma, sent in c/o Roberts and Son Funeral Home, 120 W. Padon, Blackwell, Oklahoma 74631. On-line condolences can be made at www.robertsandsonfh.com.