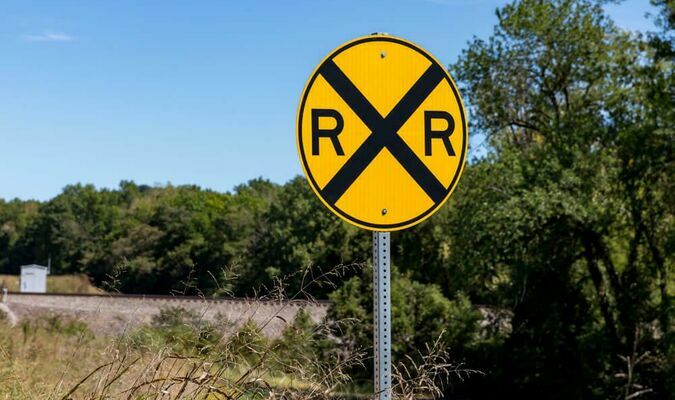 Some things are worth waiting for. That includes waiting for railroad crossing gates to rise before you try to walk or drive across railroad tracks. This week is National Rail Safety Week, a public outreach effort designed to educate drivers, pedestrians and others about the dangers of goofing off around railroad tracks.

And the dangers are aplenty. In the United States, a person or vehicle is hit by a train every three hours, according to Operation Lifesaver, a leading railroad safety advocacy organization. About 2,100 people are injured or killed each year while going over railroad crossings or while trespassing on railroad property.

The moral of the story: If you try to race a train, you’ll always lose. “95 percent of rail-related deaths involve drivers going through grade crossings or a person on the tracks — and with safe driver and pedestrian behavior, most of these are preventable,” the American Association of Railroads says on its website.

“This isn’t just another statistic number; it represents our friends, our family, our neighbors and our community members. We all have a role to play in preventing these accidents and everyone has a responsibility to be safe around railroad tracks.”

Staying safe around trains and tracks isn’t hard. For drivers, here are some important safety messages from Operation Lifesaver that you should pay attention to: - Always expect a train at a crossing. No matter how desolate or abandoned a rail line may look, a train can always be just around the bend. - Trains move faster than you think – and faster than they appear.

A train will reach a railroad crossing sooner than you expect, so don’t try to race it to the crossing. - If your vehicle breaks down on the tracks, exit the car immediately and get off the rails. Then, find the blue metal placard on one of the railroad crossing signs and call the number right away. That’ll alert railroad employees about the situation. - Never drive around lowered railroad crossing gates, even if you don’t see a train coming or you think the gates are malfunctioning. They’re there to protect you. Some of the same rules apply to pedestrians.

They should also remember: - Walking on or near railroad tracks is illegal. Stay away from tracks. They’re not meant to be a shortcut. You should only walk across tracks at a railroad crossing, too. - Stay off the rocks around the tracks, too.

These rocks are rougher than you think, and a bad fall could spell trouble. - Never try to board railroad equipment, even if it appears to be stationary. If it’s not a train on display in a public park, you need to stay off of it. It could move at any time. - Bicyclists and people pushing strollers or other wheeled devices should try to go over railroad crossings at a 90-degree angle to prevent wheels from being caught between the rails and the adjacent pavement.

Railroad tracks are not photography studios. Trespassing on railroad property – that includes sitting between railroad tracks for your senior pictures or taking a selfie for a social media post – is a felony. And it’s incredibly dangerous.

Besides, those tracks aren’t all that pretty anyway. We live in a world filled with statistics. But here’s one you can easily avoid becoming: joining the number of people who’ve been hit by a train. As someone who has worked on railroads, I can tell you first-hand just how important it is for people to stay safe around railroad crossings – and to stay off of railroad property. No selfie or shortcut is worth your safety – or your life.