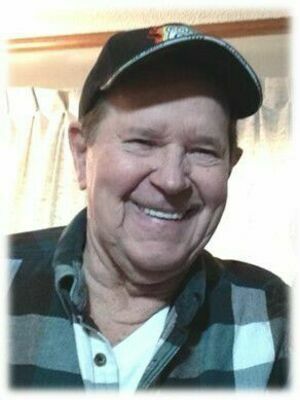 Larry Leon Wood of Blackwell, Oklahoma, was called home to be with his Lord on October 11, 2021, in his home surrounded by his loving family. He was born July 18, 1942 in Winfield, Kansas, to Roy Leon Wood and Emma Hazel Dorris Wood.

He married the love of his life, Joetta Turner on June 26, 1970, in Blackwell, Oklahoma. They have been long time residents of Blackwell, Oklahoma. Larry was raised in South Central Kansas and served in the United States Airforce. His favorite job was climbing radio and television towers to change the lights and painting the towers. He was very compassionate and would give you anything he had if he thought you really needed it and loved to bargain for anything you had. He was a collector of baseball cards and marbles and he enjoyed watching Perry Mason and Star Wars.

He was an avid reader of Louis L’amour westerns. He most enjoyed watching his kids/grandkids sports and activities. Larry was known for his love, his jokes, and his laughter, but those who knew him best knew he was a romantic and that he loved his “woman”.

Larry was blessed with several grandkids, one great granddaughter, and many nieces and nephews that he considered to be his own kids. He was preceded in death by his parents, and his brothers, Robert Eugene Wood, Johnny William Wood, Kim Arnold Wood, and Haze Bryan Wood.

There will be a Celebration Of Life service officiated by Pastor Cliff Johnson at 1 p.m. on Friday, October 15, 2021 at the Tabernacle, 1013 North 9th Street, Blackwell, Oklahoma.

A reception will follow the service, please dress in casual attire. In lieu of flowers, donations may be made in Larry’s memory to the Blackwell Tabernacle church for the remodel fund. Special thanks to North Central Hospice of Ponca City for their care and attention to our family’s needs. Arrangements under the direction of Gary Kelley’s Add’Vantage Funeral Service of Tulsa, Oklahoma. http://www.garykelleyfunerals.com