Where do you turn to for good advice? Why, Mayberry, of course. 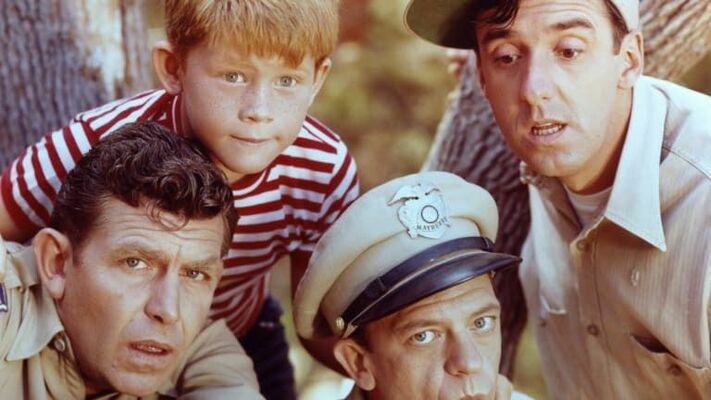 Where do you turn for good advice?

That question seems harder and harder to answer these days. But a few decades ago, you could have turned on the TV for some of the best.

“The Andy Griffith Show” was, and still is, one of the greatest long-running productions ever to grace the screen. The star was Andy Taylor, a humble country sheriff who kept law and order in the quaint country town of Mayberry. He was joined by a host of other kind-hearted, small-town folk.

Mayberry was a fictional world. The most violence one could find here was perhaps when a couple of swindlers came into town off the highway with a fruit truck to sell goods without a license.

The real world wasn’t so peaceful or serene then. It certainly isn’t now. But the values we can glean from this show, no matter how made-up the episode was, have real-world applications, especially today.

In the make-believe world of Mayberry, Andy was a lawman, a family man and a community leader. In our world, Andy was – and still is – a teacher.

A widowed father, Andy gave his son, Opie, a lot of wisdom about being a good friend, student and neighbor in their small town.

Luckily, we got to hear that wisdom, too.

That’s the kind of sportsmanship we need more of in this world.

Andy’s financial advice was sound, too, because he despised greed. In the episode “Opie’s Fortune,” Opie found a $50 bill in a lost wallet. Andy advised Opie that he could keep the money if no one tried to find it for a week. But an ad in the newspaper revealed that the man who lost it was looking for it – and Andy made Opie give it back, even though no one else would have ever known it was missing.

It was just the right thing to do. Simple as that.

Andy knew his fatherly instincts might not be perfect, but he did the best he could. He admitted this in the episode “Opie’s Allowance.” He said: “There are no rules for pas and sons. Each mother or father raises his boy or girl, as the case may be, the way that he thinks is best.”

If this next lesson is any proof, I’d say he did the job the right way. In the episode “Opie’s Rival,” Andy reminds Opie: “Nothin’ or nobody will ever change things between me and you because you’re my son, and we’re buddies.”

As always, the message was heartwarming, and his love for his family was unchanging.

As a kid, I watched the show quite a bit with my family. When I’m home, I still try to block out some time in my schedule to sit down and enjoy it all over again. The same episodes I’ve seen a couple dozen times grow sweeter with each viewing.

One can still find reruns out there. The show airs weeknights on the cable channel MeTV, and it’s available on several streaming platforms. PlutoTV runs episodes 24/7. It’s also on Amazon Prime. Many episodes are available on YouTube for a small fee, and you can still buy DVD sets online.

This world seems to keep spinning faster and faster. But in Mayberry, things still move at a slower pace. Each episode, whether happy or sad, funny or serious, ends with a valuable lesson.

We need the advice of honest, caring folks like Andy Griffith more and more.

Luckily, we know where to turn for it. We can still turn on “The Andy Griffith Show.”