Big films coming in November including "Ghostbusters" and "Gucci" 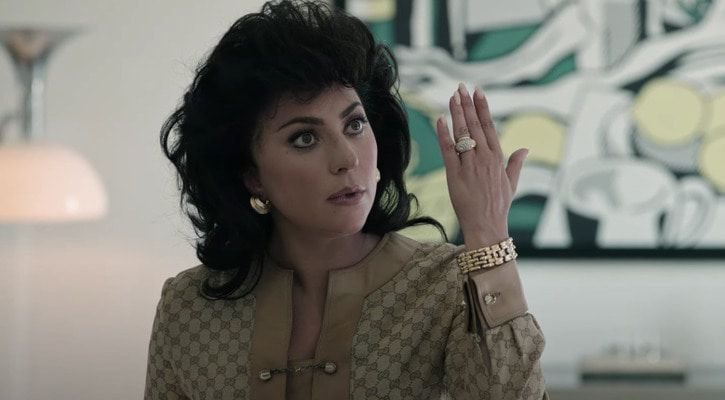 The 2021 movie season is winding down as we finish out our first full-year of “normal” theatrical releases since the COVID-19 pandemic completely shuttered the movie theater industry in March 2020. And when I say “winding down”, I mean anything but.

This week kicks off with the release of Marvel’s ETERNALS, a muddled looking CGI-mess of a movie that is being demolished by critics. The movie looks utterly forgettable, and includes a cast of wanna-be A-listers and former white hot stars including Salma Hayek and Angelina Jolie. That’s not all though. This week will also see the release of two streaming would-be blockbusters with RED NOTICE and FINCH.

RED NOTICE is a globe-trotting actioncomedy starring The Rock, Ryan Reynolds, and Gal Gadot. The Rock is an INTERPOL agent of some kind that has to reluctantly join forces with a master art thief (Reynolds) to catch an even better thief, played by WONDER WOMAN actress Gadot. The film is released on Netflix.

FINCH is Apple TV’s post-apocalyptic drama starring Tom Hanks as a lone drifter who is traveling the devastated United States with his dog and robot companion.

Slowly trickling out the next few weeks are Paramount’s CLIFFORD THE BIG RED DOG (November 10), Netflix’s TICK, TICK, BOOM (November 12), and Disney+’s HOME SWEET HOME ALONE also on November 12. These three films will all be streaming, so no theater trips for these ones. Clifford, of course, is based on the children’s book series while Netflix’s TICK TICK is based on the life of the Broadway composer to wrote and directed RENT about the AIDS epidemic.

HOME SWEET HOME ALONE is Disney’s first real forray into raiding their 20th Fox pickings after the merger, and will be a “modernized” remake of Home Alone where, once again, a kid is left to fend off his familial home from burglars over a Christmas vacation.

Jane Campion’s THE POWER OF THE DOG, a romantic drama starring Benedict Cumberbatch and Kirsten Dunst, will release on Netflix (and select theaters) November 17. November rounds out with three weekends of hits starting November 19 with GHOSTBUSTERS AFTERLIFE and KING RICHARD.

Ghostbusters follows the grandson of one of the original Ghostbusters as they kick up some spirits in a sleepy Oklahoma town. “Afterlife” stars Carrie Coon, Paul Rudd, and Finn Wolfhard of “Stranger Things” fame. KING RICHARD chronicles the life of Venus and Serena Williams’ father, played by Will Smith, as he ushers in a dynasty of tennis athletes.

Also releasing that weekend will be RESIDENT EVIL: WELCOME TO RACCOON CITY. Based on the popular video-game series, RESIDENT EVIL will be a horror-thriller about a band of unlikely heroes who must survive a zombie outbreak in a desolate midwestern town called Raccoon City.

Newspapers want to hear from you