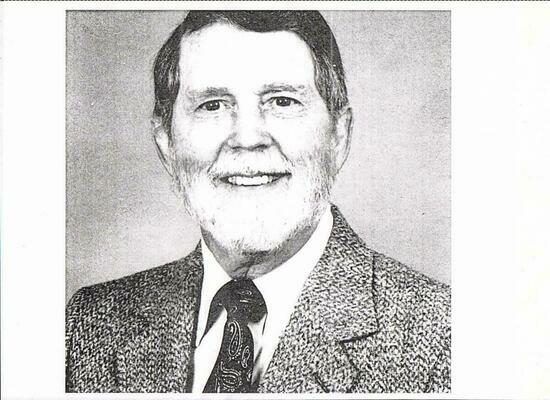 John William Marks, first of five children of Mary Alice and Luther Whitfield Marks, was born in Shawnee, OK, on 4/27/1925. He died on 11/2/2021 of congestive heart failure. After graduating from Edmond High, John joined the U.S. Navy and served in the Pacific during WWII. Afterwards, he attended college at Central State College (now UCO). He transferred to Oklahoma Baptist University to focus on pre-med courses and was later accepted into the OU College of Medicine.

He married Leta Rice in 1951. After completing his medical training, John and Leta and their family moved to Beaver, OK, and he began his career as a family medicine physician. In 1971, John and Leta moved the family to Blackwell, OK, and John quickly became a popular physician in the community.

He loved his patients, and they loved him. When John retired from private practice, he served as interim Medical Director at the George Nigh Rehabilitation Inst. for two years. He then fully retired in order to care for Leta, who had cancer. After her death, John began his career as a volunteer, and worked as a pharmacy tech at a charity clinic until he was 90. John married Laura Lee Thomas in 2003 and was a devoted husband to her until her death 10 years later.

John’s children, Steven, Jana, Julie and David were blessed with a dad who lived according to his Christian faith. John led by example, working long hours, reading the Bible daily, teaching Sunday School classes, and dedicating himself to a life of service.

John met Pat White 8 years ago and was absolutely smitten. They married in 2019, and it was one of the happiest moments of John’s life. Pat was a wonderful wife and companion to him, in sickness and in health. He cherished her.

The family wishes to thank Dr. Frank Davis, Dr. Jonathan Valuck, and Dr. Mazen Abu-Fadel for their care. Thanks also to Integris Hospice and the staff at Lionwood Senior Living especially to Mia and Sharon.

Memorial contributions may be made to the Oklahoma Baptist Homes for Children https://www.obhc.org. John would also be grateful for acts of kindness in his memory.