Is Yellowstone losing its edge? 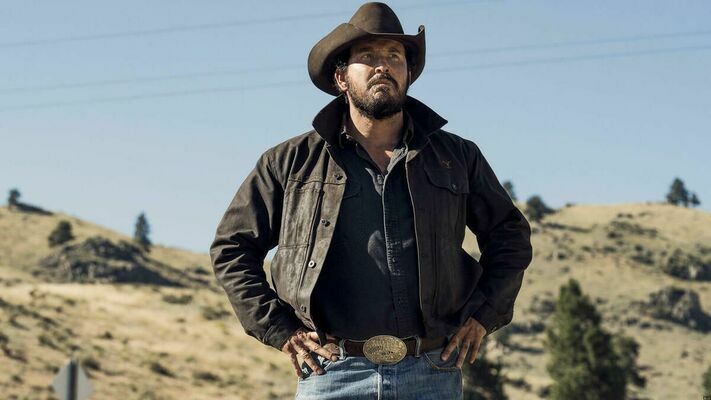 “No, I look lonely. There’s a difference.”

Paramount Network’s prestige drama, Yellowstone, is arguably this generation's “Dallas” and is factually the most-watched TV show on the air right now.

But, with this season spending so much time establishing the two upcoming spin-off series with the prequel “1883” starring Tim McGraw and Faith Hill, streaming this month on the Paramount+ service and the companion series “6666” following the rehabilitated Jimmy at the Four Sixes ranch in Texas, is this neo-western drama losing its edge?

When Yellowstone began in 2018 it was clearly meant to be a limited series drama, It was a brooding, sexy, romantic, and darkly funny odyssey about a Montana cattle dynasty at the end of their rope, struggling to maintain their place in a changing world while playing political chess with other entities including a righteous Native American tribe and a beady-eyed real estate tycoon set on turning the Yellowstone Ranch into a yuppie paradise of extravagant McMansions.

Coming from Taylor Sheridan, who was just off the winning streak of SICARIO, HELL OR HIGHWATER, WIND RIVER, and SICARIO 2 from 2015 through 2018, Yellowstone carried a lot of the themes present in those films. Dark and reflective ruminations on Indigenous peoples, the “death of the west”, family and generational trauma, sexual violence, dark masculinity, the politics of the midwest. It translated into a fitting notch in the belt of the man who, following in the Cohen Brothers footsteps, kept the “neo-western” genre propped up as a dark mirror into the reflection of the midwest.

Of course no one could have expected Yellowstone to take off like it did, and now you’d be hard pressed to enter any Midwestern boutique or scroll Facebook without seeing memes about Rip, Beth, and the general “don’t like it, screw off” attitude that the characters and show reflect. It’s a show that struck a chord with an audience and demographic that are largely underrepresented or misinterpreted by Hollywood at large.

When Season 4 of Yellowstone premiered, it was a 2-hour event with special previews for “1883” along with extravagant ad campaigns for Dish Network, Yellowstone branded whiskey, Tractor Supply, Tecovas boots, and others. That was a sign that this cowboy drama was now larger than life, and showed no signs of slowing down.

The season began with following up the orchestrated hit on the Dutton Family and dove into some drama in the Bunkhouse between the saucy old cowboy Lloyd and the dark, handsome, drifter Walker. We also had the fallout of Monica and Tate after being attacked in the S4 premiere, and saw Beth and Rip taking a delinquent kid under their wing along with Beth’s chainsmoking and whiskey drinking her way into a cushy job at the shadowy Market Equities group.

But it also seems so… familiar. So safe. Now, I understand maybe the writing and direction of Season 4 was hampered by the COVID-19 pandemic and probably by Sheridan working overtime on his most recent feature film THOSE WHO WISH ME DEAD along with this three other TV series, the aforementioned “1883” and “6666” spinoff shows as well as the Paramount+ drama “Mayor of Kingstown”, which the latter is wildly terrific.

But for Season 4 to only just now be diving into the nitty gritty of the show with 3 episodes left, it is kind of a let-down.

As we saw this past Sunday things are heating up and the drama seems to be deepening with John Dutton campaigning as Governor of Montana, Beth weaponizing John’s new flame in the form of activist Summer Higgins, Jamie’s villainous turn becoming more justified, and even Casey’s seemingly budding affair with former Yellowstone ranch-hand Avery (who we saw in Season 1 before she left the series for a “Lewis and Clark” HBO program that was axed in production).

THIS is the Yellowstone I loved. THIS is what I fell in love with. The constant cloud of gray, the unease, the tension. I love Yellowstone and all of Taylor Sheridan’s work, and I don’t think there’s another show on the air where the cast visibly are having as much fun as Yellowstone, I just hope the series can do exactly what characters like John Dutton and Beth fight so hard for: to maintain their identity, and to not get lost in the changing climate of the world.