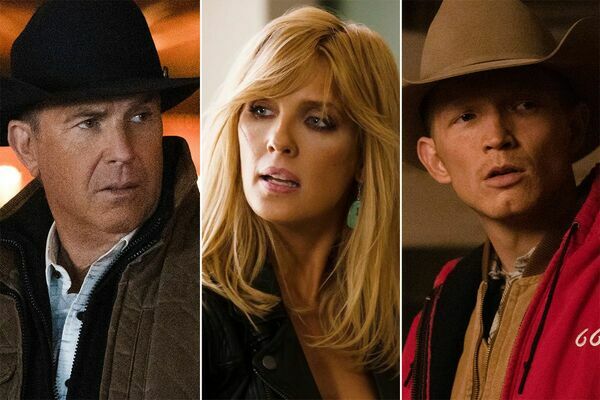 “Grass will cover the streets and weeds will cover the rooftops. I don’t think we make it a hundred years. Then God starts over. Tries again, if he’s got the stomach for it.”

This past weekend saw the fourth season of Paramount’s hit drama “Yellowstone” come to a close with a bang after a season of whimpering.

To say this season was trudging water would be an understatement, as I expressed a few weeks ago. This season reeks of the pandemic, which is unavoidable I suppose. We don’t know how far they were into production when the COVID-19 madness hit, and we definitely don’t know what these actors schedules looked like when people began working again, which I feel would explain why the season was so skewed towards filler content and setting up the 1886 and 6666 spinoff shows.

But there’s nothing we can do about that now, so let’s dive right into the muted- but still explosive- finale.

It seemed Beth Dutton was ready to go out swinging as she married Rip to ensure he would have her finances upon her seemingly going to prison, ready to murder either her half-brother Jamie or the “fixer” in prison who orchestrated the Season 3 hit on Beth and her family.

This was a very Beth-centric episode in a very Beth-centric season, which seemed to effectively round out her character development after finding out last season her hatred for Jamie stems from the fact he forced her to have an abortion and had her sterilized at a young age.

She found a surrogate child at the hospital and took him under her wing in a trial by fire, and began to settle down with Rip who even prevented her from staging another runaway, forcing her to confront her issues with her father John Dutton after an altercation.

It seems, finally, Beth can somewhat be at peace. That is until next season’s subplot with Market Equities looking to sue her for corporate espionage comes into play.

Elsewhere, Casey has continued to have the strangest arc this season as he and his now-pregnant wife Monica relocated off the Yellowstone Ranch to an isolated home where Casey underwent a “vision quest”, following a mysterious wolf and forcing himself to come to the conclusion that maybe he and Monica should split because they just suck together.

John Dutton, meanwhile, had to clean-up Beth’s mess with the arrest of his fling, Summer Higgins, an eco protestor that Beth was playing against Market Equities.

John confronts the local judge, and the two share a scene with writing that mirrored the early years of Yellowstone when it was simply a show about rugged men ruminating on the end of their own “wild west” with stoic reflections on the end of the world. It was a terrific scene.

Jimmy, everyone’s favorite ranch hand, came back to visit the Yellowstone with his new woman Emily from Texas- now his fiance- which of course sparked a ferocious catfight between her and his ex Mia, which was fun to watch. It also showed how much Jimmy has matured since his time at the Four Sixes ranch, and made the appeal of his own series all the more interesting.

Jamie shared a great scene with Beth after an otherwise sparse season for him, and finally closed the book on his relationship with his biological father in a stunning scene that shows Wes Bentley deserves way more credit than I think he gets.

But where does that leave us looking towards season 5?

Well, for starters, this season was tragically light on the Broken Rock Indian characters including Gil Birmingham’s Chief Rainwater. Last we saw he was in cahoots with Market Equities, who are still a thorn in everyone’s side.

Is the good will between Rainwater and John Dutton going to end with next season’s continued war for the land? How will this impact John’s bid for governor?

One thing is for sure, Season 5 needs to come out of the gate swinging, and it needs to show the audience there’s still something worth sticking around for after this “filler season”.

Sheridan’s other two dramas- Mayor of Kingstown and 1883- have both been superb so far, and I look to publish a review of those soon.

What did you think of the Season 4 finale?