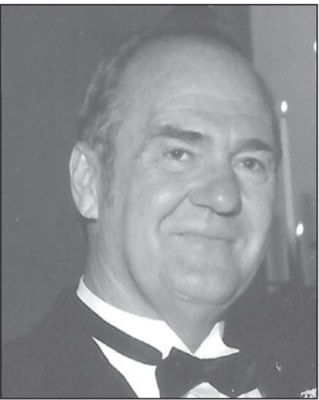 James A. “Jim” Roach of Blackwell, Oklahoma, died December 30, 2021, in AllianceHealth – Ponca City at the age of 87 years. James A. “Jim” Roach was born on May 11, 1934, on the family farm to John and Ethel (Bryant) Roach. He grew up attending rural school before completing his education at Blackwell High School.

He met and married Barbara Ogle on June 2, 1956, in Blackwell and they made Blackwell their home.

He entered the United States Army serving in Germany for three years. Following his discharge he returned to Blackwell. Jim worked in the oilfield for many years, mainly with Gulf Oil Company, and moved his family to Texas, Pennsylvania, and Singapore. After his children were grown, the couple continued their journey with Gulf Oil, moving to England and Tunisia. He enjoyed his work, and was able to travel abroad to many different destinations and meet any interesting people. Following his retirement the couple returned to Blackwell in 1986. If you knew Jim, you knew he loved to be around people.

Many hours were spent playing pitch and dominoes in the Blackwell Billiard Hall. He also loved rebuilding car engines, and never met an engine he couldn’t take apart and put back together. He enjoyed his jeep excursions in Colorado in his Willy’s jeep with friends he and Barbara had known for years.

After his wife’s death in 1990, he continued life in Blackwell surrounded by his children and grandchildren before moving to Ponca City where he lived at the time of his death.

He was a member of the Blackwell Masonic Lodge. He is survived by two daughters, Vicki Cordell and husband Mark of Blackwell and Tammy Arnold and husband Clint of Choctaw; a son, Mike Roach and wife Yelona of Muscat, Oman; a sister, Marilyn Grace and husband Dewayne of Ottawa, Kansas; grandchildren, Courtney Every and husband Brandon, Micah Roach, Aaron Cordell and wife Samantha, Chance Cordell and wife Sydney, Taylor Arnold and Jennifer Arnold; ten great grandchildren; and many nieces and nephews. He was also preceded in death by his parents; a brother, George Roach; and a sister, Betty Roach.

Services are scheduled for 10:00 a.m., Friday, January 7th in the Braman United Methodist Church in Braman with Rev. Daniel Rickman officiating. Burial will follow in the Braman Cemetery.

Casketbearers will be Richard Looper, Chance Cordell, Aaron Cordell, Brandon Every, Heath Roach and Troy Grace. Clifford Wilkens will serve as honorary casketbearer. A memorial has been established in his honor with Braman United Methodist Church in c/o Roberts and Son Funeral Home, 120 W. Padon, Blackwell, Oklahoma 74631. On-line condolences can be made at www.robertsandsonfh.com