2021 in review: all the headlines and chaos 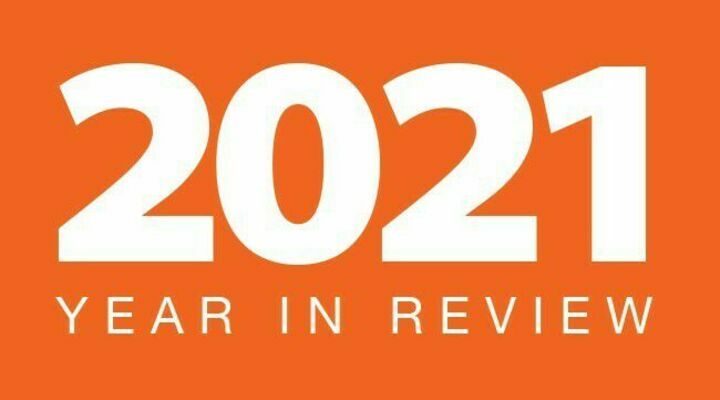 With 2021 in the rearview mirror, The Blackwell Journal-Tribune is reviewing a wild year of headlines, including new businesses opening in Blackwell, vaccination pods coming to town, a chaotic election taking place, the mayor facing felony charges and so much more.

January 2021 started with Kay County’s COVID-19 numbers climbing and a freezing January snowstorm. January was also the first City Council meeting where former City Manager Janet Smith and the previous Council began a months-long battle with the Blackwell Tourism Board.

City administrators sought a tighter set of rules and regulations for the board, while board members took offense to the proposals.

Four individuals running for the Ward 3 seat on the City Council – Phillip Logan, Josh Gillman, Diane Spry and Robert Husted – outlined their hopes for the city, if elected.

In February, the City of Blackwell and the Kay County Health Department began the first of several vaccination events, called vaccination “pods,” in the Event Center at the Blackwell Fairgrounds. Livestock showing season also began for area students. COVID-19 numbers kept climbing before Blackwell was hit with yet another snow storm – just in time for Valentine’s Day.

The blizzard came with record-low temperatures and record-high snowfall. Blackwell’s first responders didn’t let that stop them, though, as they worked with Wheatheart Nutrition volunteers to deliver meals to those who were stuck at home.

At the same time, city crews battled several major water line breaks throughout the city. Those breaks worsened the freezing days of February, leaving some residents without hot water. Robert Husted won the City Council seat in the runoff election, beating his competitors with landslide numbers.

In March, Blackwell’s FFA and 4-H students received top honors at the annual awards banquet. Meanwhile, at City Hall, the battle between the tourism board and the City Council continued with packed, tense meetings over a proposed contract between the two entities.

The race for the mayoral seat opened up and became a “Battle of the Greens” as T.J. Greenfield and Julie Green threw their respective hats into the ring. Across the state, vaccination numbers were climbing, while hospitalizations and cases were declining.

In April, the Blackwell Veterans of Foreign Wars Women’s Auxiliary began a fundraising campaign for a new Doolin Avenue flagpole with help from the Blackwell Fire Department. Thanks to a few bake-sales and donations, the organization was able to put a significant dent in its $10,000 goal through the rest of the year.

But before there were May flowers, there were definitely April showers.

The month closed with Blackwell High School’s graduation ceremony as well as the anniversary of the 1955 tornado.

June started with the City of Blackwell’s rainy Memorial Day weekend and the announcement that the Dollar Tree franchise would be coming to Blackwell. June also saw Stillwater Medical Center-Blackwell doubling down on its remodeling project and beginning demolition of parts of the old hospital.

In mid-June, state contractors began repaving Main Street. The Freewheel Bike Tour came to town, taking more than 300 bike riders on a trek across the state to see “America’s Hometown.” June ended with a rescue at the Blackwell water treatment plant. Ghost hunters from across the U.S. came to Blackwell for “ParaCon.”

In July, the City of Blackwell conducted its annual Fourth of July parade and a series of festivities. That month, the alumni of the Chilocco Indian School also got to tell their stories, demystifying the urban legend status of the Native American boarding school.

July also brought the findings of the city’s long-awaited state audit to light, exploring possibly improper conduct between Mayor T.J. Greenfield’s former G & C Concrete business and the City of Blackwell itself in regards to their construction of the Blackwell Event Center in 2015, 2016 and 2017.

August ended with the announcement of a country music concert set for Homecoming weekend and the Board of Education discussing a proposed bond for major updates to the high school campus. The month also ended with the arrest of Mayor T.J. Greenfield, who was charged with fraud, conspiracy, and three counts of embezzlement relating to his deals with the city and his former concrete company. State officials allege Greenfield collected $129,489.50 between 2015 and 2017.

September kicked off with the Board of Education setting Nov. 9 as the date for the $23 million bond for the revamped high school campus, which school officials said would make the high school safer and more accessible.

In September, cross-country traveler Bearsun passed through town from Los Angeles to New York on his journey to raise awareness for mental health, cancer, autism, environmental awareness and the disabled community.

Also in September, veterans throughout Kay County were honored at the unveiling of the Newkirk “Walk of Warriors,” while Miss BHS and Maroon Spirit were named for Homecoming.

The month closed with yet another high-profile visitor in the form of Motortrend’s “Roadkill” TV series for Rocky Mountain Race Week, a televised car event.

In October, the City of Blackwell had an eventful Homecoming weekend with a star-studded red dirt music festival, featuring acts such as Casey Kendrick, the Trent Fletcher Band, Wade Bowen and 51 Junction.

The Blackwell City Council also approved the construction of a housing development on Doolin Avenue, the first new development since the 1970s.

November started with the House of Prayer’s fourth annual craft show at the Event Center as well as the annual 101 Ranch Western Memorabilia show. The City Council kept planning the 13th Street repaving project. Later in the month, the city began decorating for Christmas and Veteran’s Day.

In December, Blackwell High School’s art department received a $4,000 donation from the Rock Falls Wind Farm, and the Chamber of Commerce hosted its first Children’s Christmas Store in more than a year.

The year ended with Blackwell welcoming The Meat Market on Blackwell Avenue, a farm-to-table produce store featuring home-grown beef and pork. The City of Blackwell also made plans to bring in a state-of-the art 911 system.