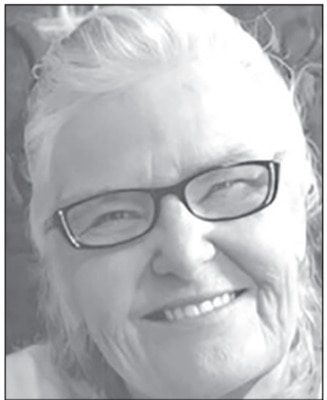 She grew up in Blackwell and graduated from Blackwell High School in 1965. While in high school she married Ralph W. Epperly Sr. on August 1, 1964, in Blackwell and they made Blackwell their home until 1998 when they moved to Braman.

She worked as a seamstress at Southwest Cupid for several years before selling Mary Kay Cosmetics with her friend, Jackie Steffen. She later worked in the cafeteria at the Braman Public Schools for two years before returning to the home to care for her family.

She served as a Girl Scout and Cub Scout Leader and enjoyed being involved in her children’s activities. She taught Sunday School at the Church of God in Blackwell.

She enjoyed camping and the outdoors and loved spending time with her family and her Lord.

She was preceded in death by her parents; a daughter, Mae Epperly; a brother, Albert Butzbach Jr.; and two sisters, Judy Chaney and Patsy McCollum. Visitation will be on Wednesday, Jan. 19th from 9:00am - 7:00 pm at the funeral home. Services are scheduled for 10:00 a.m., Thursday, January 20th in the Roberts and Son Funeral Home Chapel.

A memorial has been established in her honor with the Stillwater Medical Center – Blackwell in c/o Roberts and Son Funeral Home, 120 W. Padon, Blackwell, Oklahoma 74631. On-line condolences can be made at www.robertsandsonfh.com