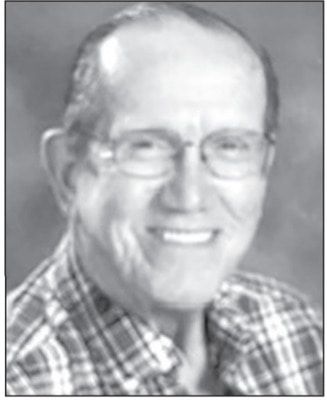 Leslie G. Weckner, formerly of Blackwell, Oklahoma, died Saturday, January 8, 2022, at the Wesley Medical Center in Wichita, Kansas, at the age of 80 years. Leslie G. Weckner was born on September 29, 1941, in Blackwell to Charles J. and Winona H. (Wilson) Weckner.

He later moved to Wichita, Kansas, where he graduated from Southeast High School in 1960.

He married Mary Hinkle and she preceded him in death. He served in the United States Navy and worked for many years as a machinist for Cessna Aircraft in Wichita. He later married Sara Pence on June 3, 2002, in Wichita and they settled in Blackwell.

She preceded him in death on March 15, 2015, and he continued to make Blackwell his home. He later returned to Wichita to be near his family.

He was also preceded in death by his parents; siblings, Melva Evans, and C.J., Kenneth and Charles Weckner. A graveside service is scheduled for 1:30 p.m., Friday, January 21st in the Mt. Olive Cemetery in Nardin, Oklahoma, with Rev. Kevin Bookout of First Free Will Baptist Church officiating. Burial will follow in the Mt. Olive Cemetery. A memorial has been established in his honor with American Cancer Society in c/o Roberts and Son Funeral Home, 120 W. Padon, Blackwell, Oklahoma 74631. On-line condolences can be made at www.robertsandsonfh.com