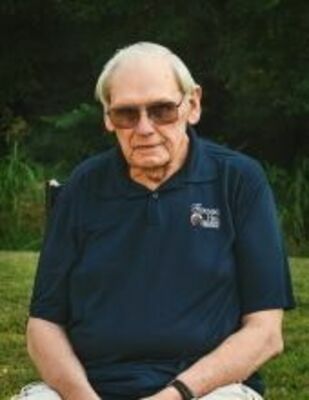 Charles Edward King, long time resident of Ponca City went to be with his Lord Jesus Christ on March 26, 2022 at the age of 88. Arrangements are under the direction of Trout Funeral Home & Crematory, 505 W Grand Ave, Ponca City, OK 74601.

Born in Humbolt, Kansas to Clarence Jerome and Notra Pearly Melton King, Charles was the sixth child in the family of eight children. He attended school in Humbolt, graduating with the class of 1951.

Charles married Reta Marie Clifton on August 16, 1952. To this union, they were blessed with one daughter and one adopted son, two grandchildren, and three great-grandchildren.

Charles served in the U.S. Army during the Korean Conflict. He was stationed at Tacoma, Washington and in Germany until his return in 1955.

Charles worked for the Co-op Refinery in Coffeyville, Kansas while attending Coffeyville Community College. He graduated in May of 1960. He then worked for Santa Fe Railroad as a fuel inspector for 12 years in Arkansas City, Kansas. The family moved to Ponca City in 1968 where Charles worked at Conoco Refinery until 1995 when he retired as a Head Coker Operator. He and his wife traveled for several years until poor health prevented it.

Charles became a born-again Christian while living in Coffeyville, KS. He belonged to the First Baptist Church in Arkansas City, KS. In Ponca City, he was an involved member, serving as Deacon and other capacities in Sunset Baptist Church, Longwood Baptist Church, and Cornerstone Church.

Charles had many enjoyments in life; the most important being his church, his family, his friends, golf, gardening, and woodworking.

He was preceded in death by his wife, Reta; one infant son, one infant daughter, his parents, siblings, and adopted son, Kent.

The family wishes to express their thanks to Creekside Village for their assistance and company during his residency there. Specifically, his two new best friends, Kristel for introducing him to betting on OSU games, and Marie, for sharing the interest in all things John Wayne and trading DVDs.

Services are scheduled for 10am, Thursday, March 31, 2022, at NewPoint Church, 109 W. Hartford, Ponca City, OK with Donnie Hazlewood, Pastor officiating. Those unable to attend the Funeral Ceremony may attend virtually on the Trout Funeral Home website, www.troutfuneralhome.com and click on the live-stream or toolbar icon on the top right corner after 9:45 AM.

In honor of Dad’s love of golf and gardening, please feel free to dress casually.

In lieu of flowers or plants a memorial is established in Charles’ name for the Blackwell Elks Annual Golf Tournament Scholarship Account. Charles enjoyed playing in this tournament with Rod, Nick, and Jason completing the team. He always did what he could to encourage others to further their education in some way. Contributions may be submitted to Blackwell Elks #1347, PO Box 128, Blackwell, OK 74631.