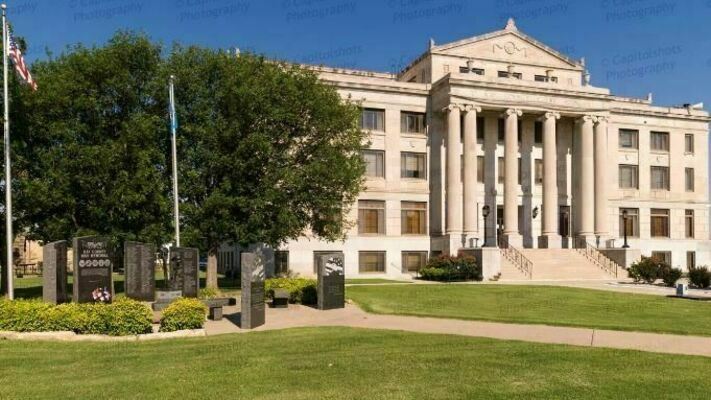 Four people are running for the Kay County District No. 3 Commissioner’s seat, and some familiar faces have thrown their hats into the electoral ring.

Incumbent John Wilson, who filed to retain his seat, will be challenged by former County Commissioner Paul “Butch” Skidmore and Joe Allbaugh, a Blackwell native who led the Federal Emergency Management Agency. Blackwell resident Kent Field is also running for the office.

The four filed last week during the state’s filing period for dozens of offices at the county, state and federal levels. Candidates filed for several other county offices, too.

Wilson’s term representing District 3, which includes Blackwell, began in 2019. He won the seat following a tense election in which he faced off against Skidmore, who then held the office.

The following is a rundown of filings for several other local and statewide offices.

Two incumbent Kay County judges were automatically reelected to their seats because they had no opponents.

Sen. Bill Coleman, R-Ponca City, will face Republican challenger Emily Delozier of Sand Springs for the District 10 seat in the state Senate. The seat represents eastern Kay County and all of Osage County.

Rep. John Pfeiffer, R-Orlando, will retain the state House’s District 38 seat, which includes Kay County, as he had no opponents.

Voters will have plenty of options – 16, to be exact – in the race to replace retiring U.S. Sen. Jim Inhofe. Thirteen Republicans, one Democrat, one Libertarian and one Independent filed to run.

Inhofe announced his retirement earlier this year, and the winner will fill out the remainder of his term, ending in 2024. Inhofe has already endorsed Holland to be his successor, and the race is expected to kick off a political firestorm, pundits say.

The Libertarian candidate is Kenneth D. Blevins, and the Independent is Michael L. Delaney.

Four candidates filed to run for Oklahoma’s District No. 3 seat in the U.S. House of Representatives.

The district, which includes Kay County and much of western Oklahoma, is represented by Frank Lucas, R-Cheyenne. Lucas filed to retain his seat, and he’s challenged by Republicans Wade Burleson and Stephen Butler. Democrat Jeremiah Ross filed to run as well.

Gov. Kevin Stitt filed to run for another four-year term, and he’s challenged by three Republicans, two Democrats, one Libertarian and one Independent.

Running on the Republican ticket against Stitt are Mark Sherwood, a Broken Arrow doctor; Joe Kintsel, head of the Oklahoma Department of Veterans Affairs; and Moira McCabe.

Libertarian Lynda Steele is also running for the seat.

Several other statewide offices will be on the ballot for voters. Primary elections will begin in June.

Almost 570 candidates filed to run for offices across the state.

The Journal-Tribune will have more election coverage in the coming months.