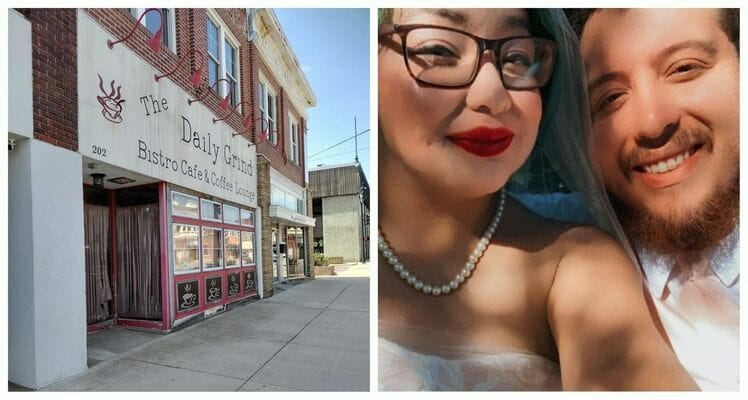 Jesse Casillas left Blackwell after graduating with the Class of 2011 to pursue his lifelong dream of working in the culinary arts.

Now, he and his wife, Bex, are coming back to Kay County with their viral bakery sensation that has a ‘punny’ name: “Batter Than Good Baking Co.” They’re setting up a permanent location on Grand Avenue in Ponca City.

The two recently came by The Blackwell Journal-Tribune office to talk about their new business. They laughed and told their story with smiles on their faces, and the reality of making their dreams come true twinkled in their eyes.

“We both took a step back from the culinary field,” Bex Casillas said. “During the pandemic, I began selling my cupcakes online. And I kept selling ... and selling.”

Bex, a 15-year chef and graduate of the Culinary Institute of the Arts in Napa, California, has made baked goods her life’s work, along with raising her four (soon to be five) children.

Jesse, a 16-year chef and alumnus of Pioneer Tech’s Culinary Arts Program, put his skills in flavor-matching to the test as he and Bex worked to make something truly unique.

“My son is allergic to a lot of things, and so many people are as well,” Bex said. “My own diet became limited and strict as a result of my battle with Stage 2 breast cancer, so I had always had to craft recipes and certain things that we could eat, and that carried over to what we do here at Batter.”

Batter Than Good prides itself on allergen-free food made from scratch, a feat Bex and Jesse said they worked extremely hard to perfect.

“You find so many gluten-free, aversion-free foods that look great but taste like cardboard, and that’s not fair to anyone who has those allergies, having to eat flavorless, bland, food like that,” Bex explained. “It’s hard telling a 4-year-old that he can’t eat something. So, our goal from the beginning was to have a business that was as inclusive to peoples’ tastes as it was to people themselves.”

Batter Than Good started at farmers’ markets. It culminated in the Casillas family scouting for the perfect location from which to base the operation after it outgrew tables and stands at the Farm Hippie Farmer’s Market in Collinsville, the Rose District Farmers Market in Broken Arrow and the Rogers County Farmers Market on Route 66.

“We began looking at places,” Jesse said. “I know that I wanted to be closer to my family, and it just so happens that we found a perfect avenue in Ponca that would help us carry our products to major areas like Stillwater, Wichita, Tulsa and Oklahoma City. Bex, of course, is the business-end of our operation, and she spent many tireless nights going over forms, analyzing the economics of several locations and searching for the right spot.”

Batter’s Facebook page has amassed more than 5,000 “likes” and nearly 6,000 followers. It has a retro-inspired website, www.batterthangoodbaking.com, that offers regularly updated menus and locations.

This runaway bakery also offers catering. But don’t expect to get a catering order in this month – or this year, for that matter. This family-run business is booked through 2023.

The location in Ponca City, in the former Daily Grind Coffee Shop, is expected to open by the end of the year, just in time for the city’s Christmas parade. The address is 202 E. Grand Ave.

Bex and Jesse said their ingredients are carefully vetted and locally sourced in order to support the people who support the business.

“We’re all about inclusion,” Bex said. “That is very important to us. It’s important to support others, and it is important above all else to host a business that leads by example. That’s our philosophy. That’s what we’re about, which is giving back.”

The two plan to offer internships at Batter Than Good for students wanting to go into the culinary field. They have already been in talks with bars in Ponca City to offer their food for purchase.

When Batter Than Good opens in Ponca City, its founders plan to provide retail, catering and cafe services. They also plan to participate in community events.

Batter’s menu – far too expansive to list everything here – includes gourmet burgers, fried chicken, hot and cold sandwiches and wraps and a full breakfast spread that includes burritos, biscuits and gravy and skillets. It also provides a kid’s menu. All food items are gluten and allergen-free.