The Predator returns to battle Comanche in new film PREY 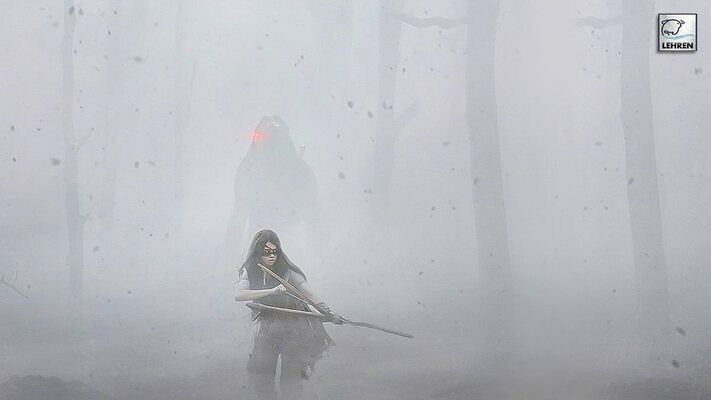 “Only in the hottest years this happens. And this year, it grows hot. We begin finding our men. We found them sometimes without their skin... and sometimes much, much worst. "El que hace trofeos de los hombres" means "the demon who makes trophies of man".

The trailer for 20th Century Studio’s PREY officially dropped this week, bringing one of the most feared sci-fi movie monsters back to life after a 4-year hiatus- The Predator.

Only this time, the fearsome space warrior isn’t trading gunfire with suped-up commandos. He’s stalking the Comanche, 300 years in the past.

The trailer, available below, comes from 10 CLOVERFIELD LANE director Dan Trachtenberg, and shows two Comanche warriors fleeing from a tree line into an open wheat field where one warrior knocks an arrow in his bow, only to be met by the iconic three dots of the Predator’s laser.

The film stars Amber Midthunder of Roswell and Longmire fame as Naru, a Comanche woman who is pit against the fearsome hunter of men.

The film was fast-tracked in the dying days of 20th Century Fox before Disney acquired the Hollywood giant in a controversial multi-billion dollar deal. The film is set to premiere on Hulu on August 5.

The Predator franchise began with the iconic 1987 Arnold Schwarzenegger action flick PREDATOR directed by John McTiernan, following a group of U.S. Military commandos in the jungles of Cuba who come face to face with the creature.

Unlike Predator’s galactic rival, the blood-thirsty Xenomorph (or ‘Alien’), the Yautja (Predator species) is an honor-bound galactic tribe of hunters that have their own specific code and rules of the hunt. They do not attack unarmed enemy combatants, nor do they harm those with health conditions that would render an “easy kill”.

To this end, The Predator species has always seemed to be of Native American / African tribal influence with their own revered weapons, way of dressing, hair braids, and armor which makes their battle against an actual native tribe like The Comanche an interesting match up.

The Comanche Nation encompassed much of Kansas, Oklahoma, Texas, and New Mexico so this epic cinematic battle could, in-fact, be taking place in our neck of the woods.

In the Predator franchise, we’ve seen our protagonists resort to going back to a primal way of the warrior, abandoning conventional weapons, covering themselves in mud, and battling The Predators on their own terms with spears and jungle traps. It will be interesting to see how Comanche warriors, already adept at being a part of the land itself, learn to battle this creature.

We’ll see for sure when PREY drops this August on Hulu.