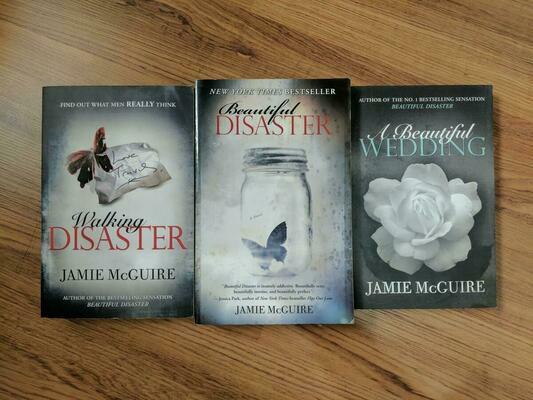 The Blackwell Public Library will host its first book signing of the summer Friday with Jamie McGuire, a best-selling romance writer who has published several stories, including the “Happenstance” books, which take place in Blackwell.

McGuire was born in Tulsa and raised in Blackwell. She graduated from Blackwell High School in 1997.

In 2015 and 2016, the following three Maddox Brothers books – “Beautiful Redemption,” “Beautiful Sacrifice” and “Beautiful Burn” – also held the top spots at The Times. Also earning high marks were “Beautiful”-series novellas “A Beautiful Wedding” and “Something Beautiful.”

The fifth “Maddox Brothers” series novel, “A Beautiful Funeral,” debuted at No. 4 on The Times’ list and made appearances on the USA Today and Wall Street Journal bestseller lists. Novels also written by McGuire include: apocalyptic thriller “Red Hill;” the “Providence” series, a young adult paranormal romance trilogy; “Apolonia,” a dark sci-fi romance; and several novellas, including “Red Hill” companion novella “Among Monsters,” “Happenstance: A Novella Series” and “Providence”- trilogy novella “Sins of the Innocent.”

McGuire is the first independent author in history to strike a print deal with retail giant Walmart.