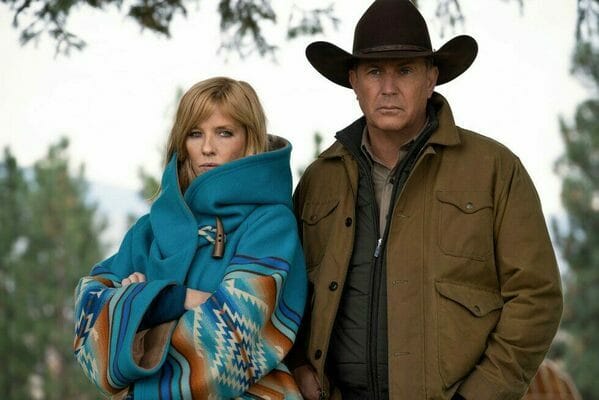 The Taylor Sheridan universe is expanding, and with it comes the anticipation and, perhaps, fear of seeing just how much Sheridan can handle.

Sheridan made a name for himself writing for and starring in the FX biker-drama “Sons of Anarchy” in the late 2000’s where he portrayed Charming Police Officer David Hale on camera. In 2015 he struck gold writing the script for SICARIO and followed that up with WIND RIVER and HELL OR HIGHWATER.

In 2018, fresh from relaunching Spike TV as the more prestigious “Paramount Network”, Paramount gave a series order to a little show called “Yellowstone”, an American neo-western drama about a Montana cattle empire and all the drama that came with it, lead by Kevin Costner as the patriarch John Dutton.

Since then, Yellowstone has spawned three spin-off series- the highly acclaimed 1883 which debuted earlier this year and the forthcoming entries of “6666” about the real-life Texas ranch which Sheridan now owns in real life as well as “1932” following the Dutton Family in the 1930’s, lead by Helen Mirren and Harrison Ford.

Paramount has also invested heavily in the Sheridan brand, debuting his crime-drama “Mayor of Kingstown” and, soon, “Tulsa King”, another gritty drama starring Sylvester Stallone which filmed in Tulsa, Oklahoma and is set to air this fall on Paramount+.

I am quick to voice my concern for “Yellowstone”, which faltered in the anticipated Season 4 which aired last year. It seemed like Sheridan was going through the motions, paying more attention to the excellent aforementioned ‘Kingstown’ and ‘1883’, both of which delivered Sheridan’s trademark noir stylings, brooding ruminations of masculinity and generational woes, and of course his penchant for examining marginalized groups of people be it criminals or immigrants.

I can forgive Yellowstone Season 4, however, in some small way due to the fact the filming was plagued by the then-rampant COVID-19 pandemic.

Yellowstone has been renewed for a 5th season, set to air Sunday November 13, and will have some mighty big leaps it needs to make in terms of quality to get back to where Season 3 was leading before Season 4’s muffled and repetitive two-years-late sophomore slump set in.

While Yellowstone is far and away the biggest show on TV right now, the decline that season 4 faced seemed to be Sheridan coasting by on the series’ laurels and fan obsession rather than crafting anything meaningful. I’m not saying every episode needs to be a deep and introspective look at life, but the subplots including Jimmy’s rodeo career, Beth and Rip’s pseudo adopted son, a slogging back-and-forth with the villains of the real-estate company, Casey Dutton’s “vision quest”, along with a “Dallas” inspired “Who Shot J.R.?” situation that was quickly and quietly brushed aside were a far cry from the quality of previous seasons.

It was still an entertaining show, but Taylor Sheridan isn’t just “entertaining”. My fears that he was losing his touch, however, were quickly assuaged by the quality of his two shows ‘Kingstown’ and ‘1883’, the latter of which is one of the best TV dramas perhaps of all time.

Looking ahead, what Yellowstone Season 5 needs is a changing of the status quo. It needs a death, or a dramatic character moment. It needs real, genuine, destructive drama again.

Once again, I’m positive that Season 4 was altered heavily to make-up for the pandemic filming, which might be why half the cast was missing or separated from eachother, including Chairman Rainwater (Gil Birmingham) who appeared for two scenes and his various Native American cast of characters.

I am, of course, willing to give Yellowstone and Taylor Sheridan the benefit of the doubt here, and I look forward to seeing how Season 5 comes together.

What are your thoughts?