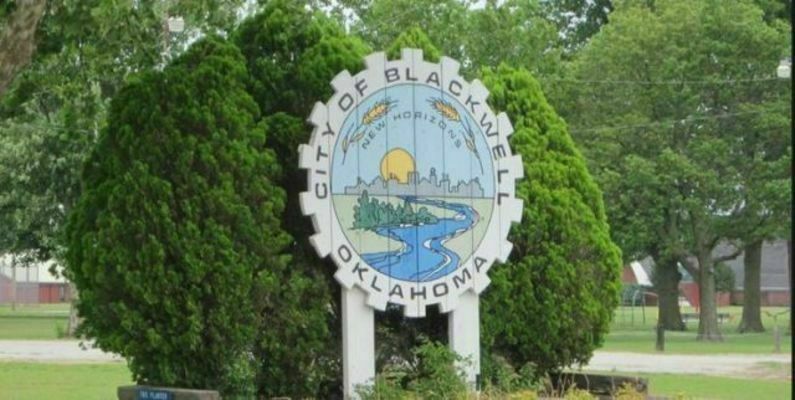 Blackwell residents could be facing several increases in utility rates, according to the Blackwell City Council, which met Thursday for a regular meeting.

The night began with a report from Melissa Hudson at the Top of Oklahoma Museum. Sherry Buellesfeld and Kim Shoffner from the Blackwell Tourism board also spoke. Hudson thanked the Blackwell Fire Department for helping move items within the museum.

She also mentioned two new additions to the museum donated by longtime community member Lea Reames, who passed away in December.

Hudson also said the archive room is being worked on extensively.

Buellsefeld and Shoffner noted the large-scale barn quilt that was recently painted on the Blackwell Co-Op silo. They said the group is planning summer and holiday events, including new barn quilts at the fairgrounds and potentially new murals on windows of buildings downtown.

Councilman Jon Webb said he had heard many positive comments regarding the Main Street mural, to which City Manager Jerry Wieland agreed, saying the city appreciates all the work the tourism board has done.

The Council moved onto the business agenda. Among the items approved was a first reading of four utility rate increases for sewer, solid waste, water and electric services.

City officials said that "public utilities should operate in the black" to yield a profit and should not require a transfer of monies to be breaking even. The night's agenda gave an example that this would be raising the rate of an “average” four-person family's monthly sewer bill from $8 to $10.

The City of Blackwell has not increased rates in two years. Last year, the city absorbed a proposed increase to sewer rates.

“This gets us to the point where we’re breaking even, aren’t we?” Councilman Richard Braden asked.

Mayor T.J. Greenfield responded, saying the proposed increase would only be “halfway” to a hypothetical break-even point.

Wieland said Russ Meacham, the City of Blackwell's CFO, said this increase would be a “good start” to that point.

“As always, when there’s talk of rate increases, it gets people's attention,” Webb said.

Wieland noted that the City of Blackwell absorbed a rate increase last year, to which Webb replied that it was not something the city could afford to keep doing.

Greenfield spoke to the Council, saying it is hard to keep absorbing costs while trying to improve the city's infrastructure systems.

"It makes it tough to keep absorbing these increases and not raising them just enough to continue the services, let alone provide any kind of major infrastructure upgrades while continuing with day-to-day activities," Greenfield said.

Wieland said the city has looked around the county and noted that, throughout the county, rate increases are widespread.

The first reading for the various increases was unanimously approved.

The second reading of the rate increases will be June 2 at 6 p.m. at the next Council meeting. That meeting will also be a public hearing for the proposed budget for the City of Blackwell for the 2023-2024 fiscal year.