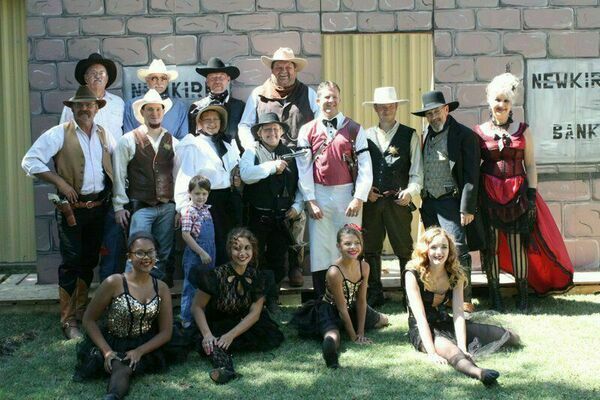 The Newkirk Community Historical Society has received an Oklahoma HumanitiesGrant for the 2022 Charlie’s Tellers event, which will be presented Sept. 10 at the annual Charlie Adams Day celebration.

“Rodgers is one of Newkirk’s premier storytellers as well as a Main Street Maverick.

Over the years, he has portrayed many Newkirk citizens. “Soapy will be one of Bob’s more colorful portrayals.

Soapy grew up in Three Sands, where the Main Street – which ran east and west – was the Kay-Noble county line. His father was a boxing coach for the oil companies, and Soapy – as well as other young kids – followed the boxers around. They spent time at the gym and were taught to fight.

As a result, they were the ‘curtain risers’ for the fights. “As an adult, in addition to Soapy’s work in the oil fields, he taught many young men to box. At first, his teams practiced in the top of the old post office, but soon had to move to the basement area of the Park Hotel.

He taught them much more than just boxing as they formed a life bond.” Food will be served at the Charlie Adams Day event, which takes place at the Newkirk Public Library at 116 N. Magnolia. Admission is free.