Maroons collapse against Perry during "Battle of the Maroons" 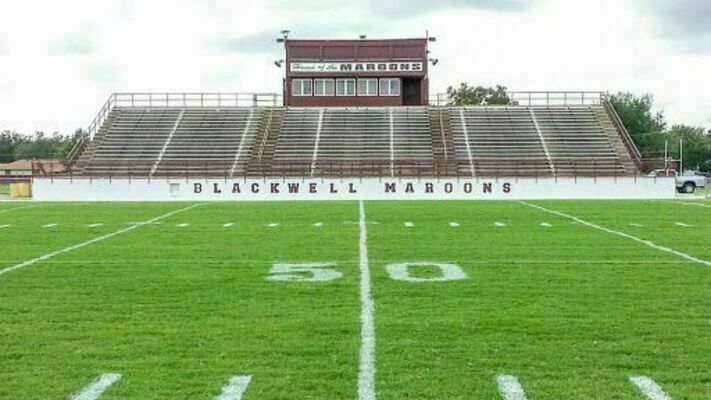 After opening the 2022 season with a win at home, the varsity Maroons have struggled, losing the past 4 games by a combined score of 221-20.

The Maroons faced Perry in the battle of the Maroons on Friday, September 23rd in Perry.

Blackwell scored early and held a 6-0 lead for most of the first half.

Perry managed two quick scores in the latter part of the 2nd quarter and took a 14-6 lead to the locker room at halftime. The second half saw the wheels fall off the Maroon’s wagon. Blackwell Sophomore QB Kevin Rios was ejected after a disagreement with an official.

It should be noted that I have spoken with several people present who stated the official cursed at Rios, and the official was suspended for the following week.

Senior James Tripp stepped in at QB, but the offense was not able to get anything going. Jadrien Murray recorded a nice kickoff return and an interception in the 2nd half, but there was no other success for Blackwell as Perry turned on the scoring.

The game ended with a 46-6 loss for Blackwell. On Friday September 30, the Maroons hosted the Oklahoma Christian Saints for the 2022 homecoming game. Senior James Tripp started at quarterback.

Head Coach Brent Parker was not on the sidelines, as he was suspended for one game by the OSSAA for personal fouls his team accumulated during the Perry game the previous week. It was a packed house, which saw no success for the Maroons. OCS received the opening kickoff, and immediately marched down the field and opened the scoring with a 31-yard touchdown pass with 8:34 left in the first quarter.

After trading punts, the 1st quarter ended with the Saints on top 7-0. The Saints would add 3 more touchdowns in the second quarter, bringing the tally to 28-0 at halftime. Blackwell Received the 2nd half kickoff, but went 4 and out.

Nearly every possession after, OCS scored a touchdown. The score was 42-0 with 5:30 left in the 3rd quarter.

Blackwell completed their first pass of the game when James Tripp connected with James Bennett for a 12-yard-gain. It was Blackwell’s second, and last, first-down of the game.

A sideline interference penalty after the play negated the yards gained. OCS began to heavily substitute players after leading 49-0 at the end of the 3rd quarter. Blackwell recovered an OCS fumble on their own 24-yard line but again went 4 downs and out. The homecoming crowd left disappointed, with a final score of 57-0.

The Maroons travel to Alva on October 7th, to face the Goldbugs, who are also 1-4 on the season, in a district matchup.