Can the Sooners win another game this year? 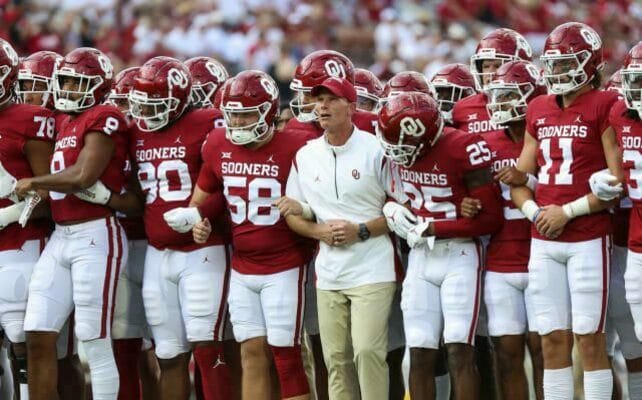 As I and many other Sooner fans watched the Texas game in dismay this weekend, I know I am not the only one that pondered, not only will we make a bowl game, but will we win another game?

The 49-0 thumping Bevo dished out on Saturday was historic in many ways. Just not the history the Sooners wanted to be associated with. The nation’s longest streak of games with an offensive touchdown scored (167 games) is gone.

Here are some other ones to fall at Cotton Bowl; The largest margin of victory for the Longhorns against OU; The worst shutout in Sooner history; The first shutout for Oklahoma since 1998; The first time the Sooners have lost 3 games in a row since 1998.

I am sure there are more, but why wallow in misery?

First-year Coach Brent Venables inherited a situation that was way worse than what was portrayed publicly, and worse than Sooner fans wanted to acknowledge.

Since Bob Stoops arrival in 1999, the Sooners have never really had to rebuild. Year in and year out they just reloaded. This is not a reloading year. This is a complete program rebuild.

All the bad voodoo Sooner fans can cast Riley’s way will not change the situation.

He took a damn good quarterback in Caleb Williams with him. And it hurt! Spenser Rattler transferred to South Carolina. Overall, OU lost 40 players in this transition.

Williams and the offense were able to throw up gaudy scores and numbers game after game, which helped mask the fact that Oklahoma’s defense was terrible.

And it has been for years. But again, video game numbers on offense by Kyler Murray and Baker Mayfield won games and covered up for the lack of defense.

Venables hit the recruiting trail from day one and the 2023 class of recruits is one of the best in the country, but that does the Oklahoma program no good this season.

Venables is one of the best defensive minds in college football, but again, without the talent in place this year, there is only so much he can do. It’s the same as hiring a mechanic to fix your car, but not being able to get the parts.

The Big XII is a tough conference every year, but this year maybe even more so.

Kansas is no longer the cupcake and is ranked in the top 25. They lost their first game by only a touchdown to TCU this weekend.

Kansas State beat Iowa State by 1-point. Texas Tech gave #7 Oklahoma State a scare at home. After getting humiliated by Kansas State, TCU, and Texas three weeks in a row, I do not see any remaining teams Oklahoma may be able to beat. I hope I am wrong, and Venableshas a rabbit in his hat that turns things around, but I am not holding my breath.

Oklahoma Sooner fans need to take a deep breath and come to grips with what may be a level of losing that has not been seen since 1998.

This is a complicated rebuild process, and it may take several years to get the right pieces in place.