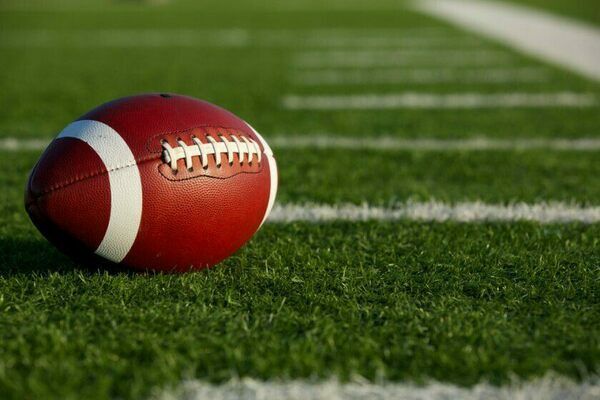 Coming off a 61-7 home loss to Hennessey on 10/13/2022, the Blackwell High Maroons (1-6) traveled to Enid on 10/21/2022, and were hoping to play homecoming spoiler for the Chisolm Longhorns (0-7). The Maroons received the opening kickoff and returned it to the Longhorn 42-yard line. The Maroons were unable to move the sticks and turned it over on downs to the Longhorns. The defense held, and on 4th & 2 Zaine McDonald received a Longhorn fumble on the Chisolm 44-yard line.

After a couple of false start penalties moved the Maroons back, a pass interference call on the Longhorns gave Blackwell a first down on the Chisolm 31-yard line.

A holding penalty on the very next play moved Blackwell back to the 42- yard line. On 4th and 20, the maroons punted. The ball rolled into the end zone for a touchback and Chisolm took over on their own 20-yard line. The Maroon defense again stood firm and forced the Longhorns to punt from their own 6-yard line. McDonald returned the punt to the Chisolm 27-yard line. A holding call during the return backed the Maroons up to the Chisolm 41-yard line.

An 8-yard rush by QB Kevin Rios recovered some of the yardage. On the next play, Rios rolled to his left and lobbed a pass about 15-yards downfield. The ball was tipped and fell into the arms of a Longhorn defender.

The Longhorns took over on their own 29-yard line. On 3rd & 1 from their own 39-yard line, a Longhorn RB took a handoff off tackle to the right and ran to the Blackwell 10-yard-line before being brought down. A holding call negated the play and pushed the Longhorns back to their own 33- yard line. On 4th & 3, the longhorns were able to rush for the first down up their 46-yard line to end the 1st quarter.

An off-sides penalty on the Maroons to start the 2nd-quarter, moved the Longhorns into Maroon territory for the first time in the game. The Longhorns found a rhythm in their running game, and along with several offsides penalties against the Maroons, were able to drive inside the Blackwell 5-yard line. A holding and unsportsmanlike conduct penalty on 2nd down pushed the Longhorns back to their own 28- yard line.

On 3rd and goal, the Longhorns completed a pass down the Maroon 11- yard line. The Maroon defense bowed up and took over on downs at their own 10-yard line. On 2nd down, Rios rolled left and threw a dart to James Tripp, giving the Maroons a first down and a little breathing room at their own 26-yard line. Holding and false start penalties though hampered the Maroon drive, and they were forced to punt from their own 32-yard line.

A kick-catch interference call on the maroons during the punt gave the Longhorns the ball on the Blackwell 46-yard line. On 4th and long from the 49-yard line, the Longhorns completed a pass to the Maroon 23-yard line. The next play from scrimmage, the Longhorn quarterback scrambled to the right and juked his way into the end zone.

The PAT kick was good, bringing the score to 7-0 Chisolm, with 1:45 left in the first half. This would close out the scoring for the entire game with both defenses holding the other scoreless. The Maroons fall to 1-7 on the season and have two games remaining. Blackwell will host the Newkirk Tigers (4-4) in the Kay County War for Senior Night on 10/28 and then travel to #3 ranked OKC Millwood (7-1) on 11/04 to close out the season.

The Blackwell Junior Varsity Maroons hosted the Chisolm Longhorns on 10/10/2022. Several quick scoring drives by the Longhorns and an early fumble put the Maroons in 16 point hole, with 6:25 left in the 1st quarter. Blackwell drove all the way to the Longhorn 4-yard line but was unable to score. Chisolm drove the field, and scored on a 45-yard pass to the left, with 3:40 left in the first half.

The 2PAT pass was good, and Blackwell was down 24- 0. Blackwell received the kickoff to start the 2nd half and drove deep into Longhorn’s side of the field. Blackwell QB Gustav Gregersen was able to connect with Zaden Frederick for a 5-yard scoring pass with 3:00 left in the 3rd quarter. The 2PAT run by Gregersen was good, bringing the score to 24-8. The score remained the same at the start of the final quarter.

On the next Blackwell possession, Gregersen connected with Carson Whitsitt on a passing play around midfield, and Whitsitt drug several Longhorns defenders to the Chisolm 33-yard line before being brought down. Gregersen then shot a laser beam pass to Nik Flyingout on a middle slant, and Flyingout outran the Longhorns to the end zone. Gregersen threw a fade route to the left corner of the end zone to Flyingout for the 2PAT.

Blackwell trailed 24-16 with 3:31 left in the game. Chisolm took the ensuing kickoff and was able to drive the field and score with 1:22 leftin the game. The maroonswere unable to respond, and the Longhorns left WheelerHuston field with a 32-16 victory.

The 6th and 7th Grade Maroons hosted the Chisolm Longhorns on 10/10/2022 and suffered their first loss of the year in a tightly contested game. The Maroons received the opening kickoff, and but were unable to move the ball and turned it over on downs. The Longhorns struck quickly, scoring on a 45-yard flea-flicker pass.

The 2PAT pass was broken up by Balen Grell. After receiving the kickoff, the maroons responded, with a 45-yard HB pass from Boogie Thomason to Kole Hetrick for the Maroon score. The 2PAT run was no good, and the game was knotted at 6-6 with 8 seconds left in the first quarter. Chisolm then returned the ensuing kickoff 80-yards for a touchdown as the 1st quarter ended. The 2PAT run was good and Chisolm took a 14-6 lead into the 2nd quarter.

Landry Anderson took the Chisolm kickoff to start the 2nd quarter and returned it all the way to the Longhorn 35-yard line. Several 10+ yard runs by Thomason moved the ball down the field, and Thomason punched it in from 2 yards. The 2PAT run by Thomason was good, knotting the game at 14-14 with 1:22 left in the first half. Chisolm began driving, but Owen Ashford recovered a fumble in the Longhorn backfield at the Blackwell 35-yard line with 50 seconds left in the half. A late drive by Blackwell was stopped and the Longhorns took over on downs. Blackwell kicked off to start the 2nd half, and Chisolm took over on their own 40-yard line.

After a long run and a long pass completion, Chisolm busted a run around the left side for a 42- yard touchdown. The 2PAT pass was good, bringing the score to 22-14 Chisolm, with 5:22 left in the 3rd quarter. Blackwell had another long drive going, but it stalled out at the Chisolm 33-yard line. Early in the 4th quarter, the maroons had Chisolm pinned on a 4th & 21 at their own 23-yard line. Chisolm ran a fake punt to the right and gained enough for a first down all the way to the 49-yard line. On 4th and 7 from their own 47-yard line, the Longhorns ran a sweep play to the right which was good for a 53-yard touchdown.

The 2PAT run was no good, bringing the tally to 30-20 Chisolm. The Blackwell onside kick attempt was recovered by the Longhorns at their own 45-yard line. Chisolm then went into victory formation and killed the clock to walk away with the victory