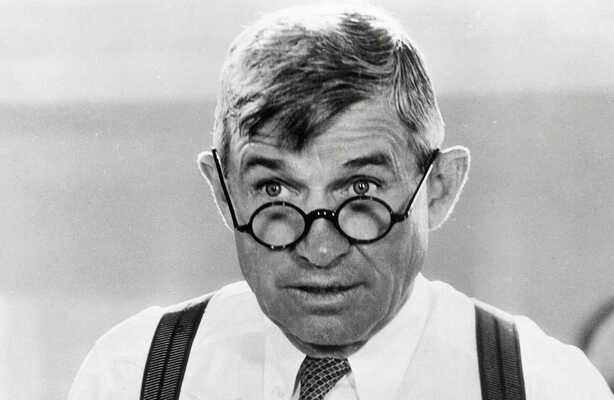 We’ve all met people we didn’t like, and that could mean only two things: either Will Rogers was true to his word or his social circle was more limited than ours.

I’d have to wager that Rogers really was so great that he never met a man he didn’t like. He certainly met plenty of politicians in his day, so somehow, he found a way to like everybody. I’m not telling you what to do – my advice is free, and you get what you pay for – but maybe looking at the world through Rogers’ lens isn’t such a bad idea.

People across eastern Oklahoma will celebrate Will Rogers’ birthday on Nov. 4. If he were still among us, he’d be 143 years old. But although he’s gone, his wit and wisdom live on.

I’ve thought a fair amount through the years about what Rogers meant when he said he liked everyone. I don’t know if he had a naturally friendly inclination toward everyone or if he had to make the choice to put on a smile around them. But I do believe that, whether natural or by choice, we could stand to gain from trying to like folks as much as he did. Perhaps the best way to like others more is for everyone to start being likable themselves.

Truth be told, this neck of the woods has lots of wonderful, likable people. We’ve already sent most of the ones we don’t like off to the state Capitol or Congress. So, what can we do to adopt a more Rogers-esque outlook on our neighbors and fellow Okies?

I suppose the first step would be to recognize that we’re all imperfect, have annoying qualities and aren’t nearly as smart as we think we are. It’s usually when we start thinking we’re smart that we begin making stupid decisions, and we must admit that we’ve all been there more than we’d care to admit. Rogers summed it up pretty well when he said: “Why don’t they pass a Constitutional Amendment prohibiting anybody from learning anything? If it works as good as Prohibition did, in five years, we will have the smartest people on earth.”

A good second step might be to keep from causing others trouble. There’s a lot to be said for a good old country boy who makes an honest living and lives a peaceful life. In fact, we do say a lot about an old country boy like that. His name is Will Rogers. He was a friend to everyone, and thus liked by everyone, because he tried not to hurt anyone. “Somebody is always telling us in the papers how to prevent war,” he said. “There is only one way in the world to prevent war, and that is, FOR EVERY NATION TO TEND TO ITS OWN BUSINESS.”

As a side note, how much the United States minds its own business in the next few years could depend on what voters do in just a few days. I can only imagine what Will Rogers would say about this year’s candidates for state and federal offices. One thing is for sure, though. Rogers would be voting for whichever candidate promises to make it rain here in drought-stricken Oklahoma. This was his assessment some years ago, and it’s still true for Oklahoma: “I will admit it has rained more under Republican administrations. That was partially because they have had more administration than Democrats.”

Maybe one final way to like folks as Rogers did would be to treat others nicely, even when they don’t deserve it. We’ve all been cranky from time to time, had bad days and even had good days we didn’t appreciate enough. I’d hate to be held to account for all of those days in my life, so if we all chose to forgive each other, maybe we’d pay less attention to the things we don’t like about others. All too often, our good and bad days are like political parties. Rogers said this: “Both parties have their good times and bad times at different times. Good when they are out. Bad when they are in.”

With only a few days left before we face a big election, many people are heading to the polls saying what Rogers said: “This would be a great time in the world for some man to come along that knew something.”

Some days, smart people seem harder and harder to come by. Fortunately, though, being nice is much simpler than we make it out to be. With a little bit of work, maybe we could all end up being the kind of people Will Rogers would like.

If not, he had another idea: “Diplomacy is the art of saying ‘Nice doggie’ until you can find a rock.”