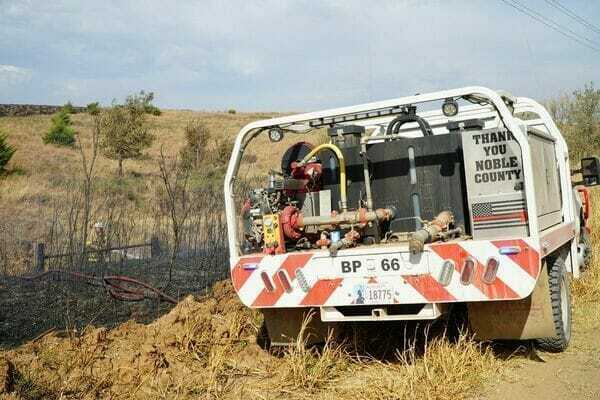 The passage of the tax follows a contentious campaign in which Ponca City officials opposed the tax, which was largely supported by other county municipalities and fire department officials.

“We are very pleased and glad the residents of Kay County saw the need, and we are glad they supported us,” Harris said. “We appreciate the show of their support.”

“I think the citizens of Kay County spoke loudly tonight,” Hanebrink said. “I would just like to thank everybody for going to the polls and voting, not necessarily for or against it, just going out and voting. We appreciate all the support.”

Ponca City Commissioner Robert Bodick, whose Facebook post in opposition to the tax went viral, did not respond to two calls from The Journal-Tribune on Tuesday night.

The tax will go into effect in early 2023. For a complete story, see the Nov. 16 edition of The Journal-Tribune.

Oklahoma voters overwhelmingly elected Republicans to statewide and federal offices during Tuesday’s midterm elections. Here’s a breakdown of how the races went. All vote totals are unofficial results from the Oklahoma State Election Board, with 95% of precincts reporting as of 10 p.m. Tuesday.

Republican Congressman Markwayne Mullin, a member of the U.S. House, won the race to succeed longtime U.S. Senator Jim Inhofe, who is retiring. Mullin will complete the rest of the senior senator’s term.

All state Supreme Court justice and judges on the Court of Civil Appeals were retained by a vote of at least 60% or more.